North Area (NA) experimental zone and its Transfer Tunnel 20 (TT20) are built in 1970s at the CERN Prévessin site as part of the Super Proton Synchrotron (SPS) Program. A 400 GeV continuous proton beam from the (SPS) is extracted to TT20 (and TDC2) transfer line and brought to the primary targets T2, T4 and T6 in NA. Then the secondary beam particles produced after the primary targets are picked-up by the secondary beam lines H2, H4, H6, H8, P42, K12 and M2, and transferred to the experimental halls EHN1, EHN2 and experimental cavern ECN3. The North Area hosts a wide variety of experiments, ranging from tests for R&D or detector validation purposes (for the LHC and other laboratories), to fixed target experiments (NA62, COMPASS, NA61/SHINE) and innovative future projects such as the Beam Dump Facility and the Neutrino Platform.

Today, in total 420 power converters of 25 different types are installed in the buildings BA2, BA80, BA81 and BA82. They are supplying the large variety of magnets including the small quadrupoles, dipoles distributed in the all transfer lines, the large septum in TT20 and the spectrometer magnets in the NA experimental zones. The converters are essentially built of the thyristor bridges delivering the power from 2 kW to the small quadrupole magnets up to 1.5 MW to the spectrometers in NA. 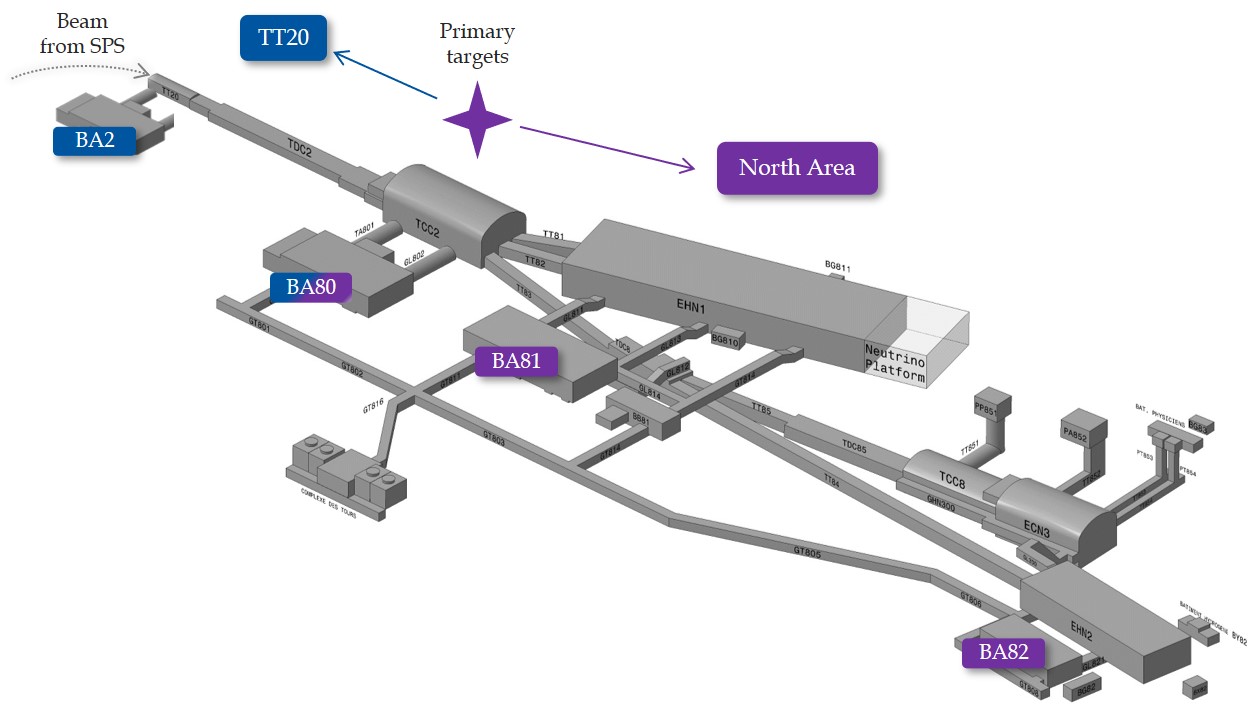 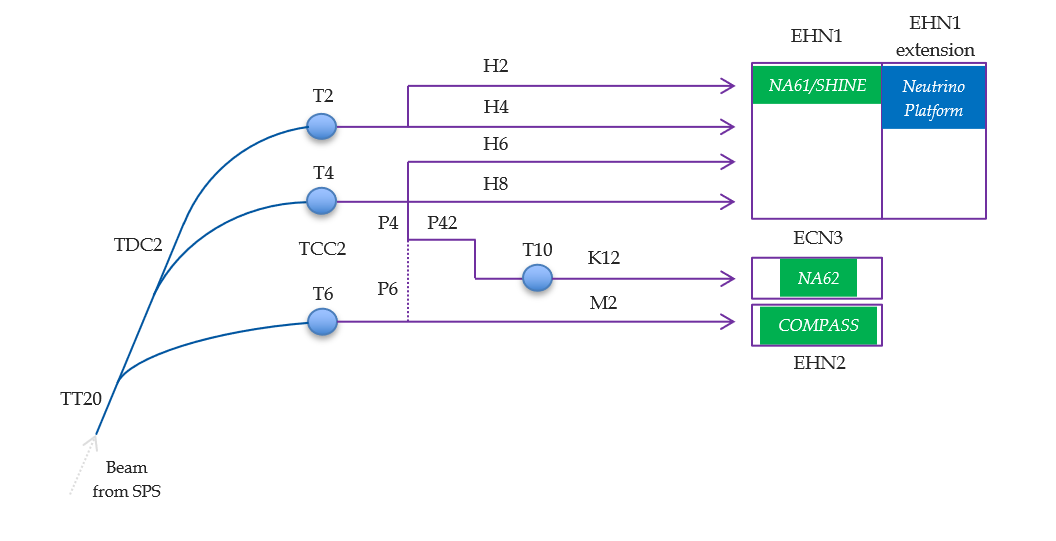 The power converters in TT20 and NA are in the operation since 1975 and have exceeded the intended lifetime.  The power, the electronics and the control platform have never been consolidated and have become obsolescent. With one intervention per day and increased time to repair single fault, the downtime directly caused by the converters has shown the increasing trend over the past years peaking to nearly 300 h in 2018.

Following the outcome of 2016 Chamonix Workshop highlighting the need for urgent renovation, BE-EA group sets-up the framework for the consolidation studies of the North Experimental Area. Within this framework, SY-EPC group receives the mandate to study the consolidation of the power converters focusing on the aspects of equipment standardization and energy savings. In Feb-2021, at the NA Project Approval Review Meeting, EPC proposes the Consolidation Plan for TT20 and NA Power Converters targeting the replacement of all converters with three standardized converter families: POLARIS, BOREAL and NEPTUNE.

The three converter families are targeting to supply three important set of magnet circuits  in future TT20 and NA. POLARIS converter family is intended to supply the majority of circuits (~95%) requiring relatively low  current and power and distributed all along primary and secondary beam lines. BOREAL converters are intended to supply large circuits such as large bending magnets in TT20 and TDC2 which bends the beam to the primary targets in NA as well as the spectrometers in experimental zones. NEPTUNE is to be deployed for two large septa circuits used for extraction of the beam from SPS ring to TT20.

The project timeline and milestones